This is the IceCube Lab, ICL, for short which houses a cluster of computers that controls about 5400 sensors, buried from 1 km to 2 km deep in a 3D matrix deep in the Antarctic ice directly underneath ICL. Each of the 5400 sensors are optical sensors with simple computers which communicate with the clusters on the surface. The surface computers not only control the sensors but also handle the data collection and filtering of the neutrino hits that the matrix detects. The two columns of ICL are filled with cables which transmit the signals from the ice and into the clusters in the building. Note the Swedish and Spanish flags on top of ICL, Sven Lidstrom and Carlos Pobes, the outgoing winterovers are from Sweden and Spain. This year a Filipino flag and a Chilean flag will be flying over ICL. Also not the recently build ice ramp so we can roll in the tons of UPS and switches that we're going to install this summer. 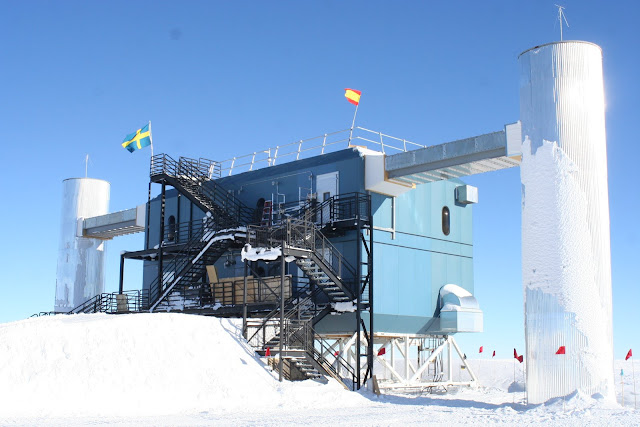 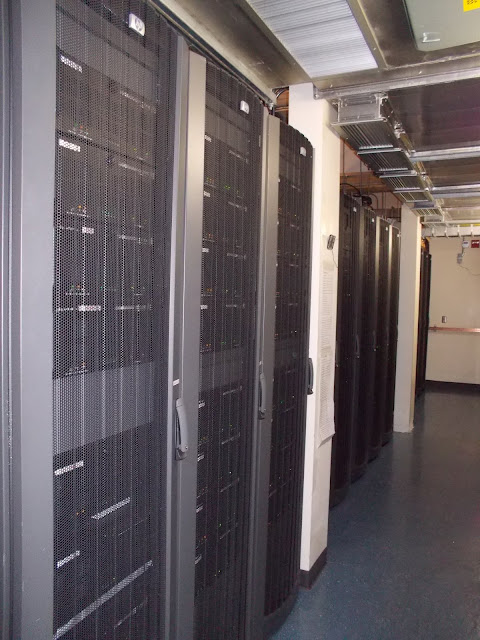 ICL is inside a Faraday cage, so its hard to get a signal on our radios when we're working inside. Looking out one of the windows you can see the dishes of South Pole Telescope, on the left and SPUD, on the right. 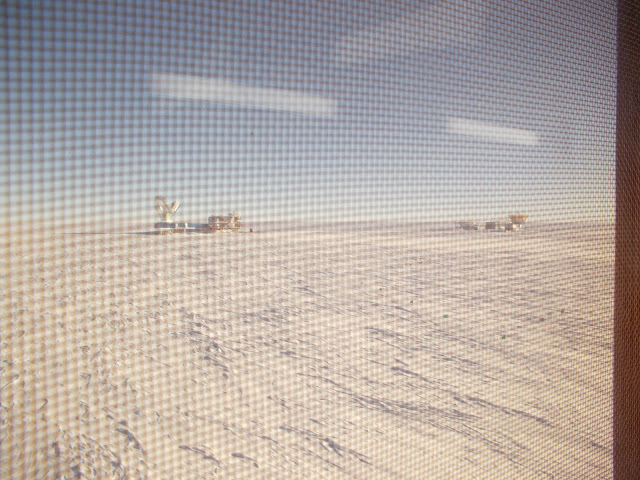 A mess of cabling connecting in ice sensors to surface computers. 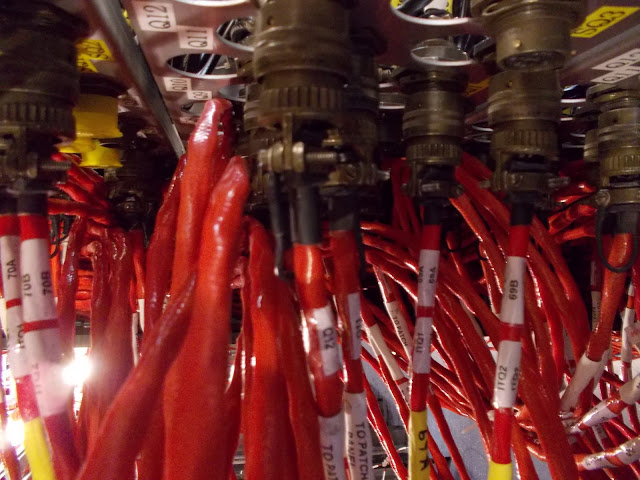