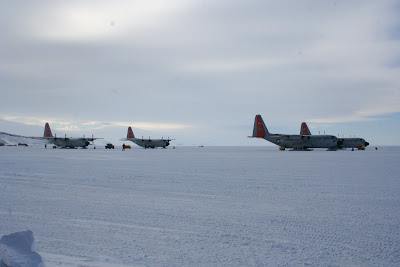 Yesterday the Airforce and Ken Borek had an open house and showed us all their cool aircrafts. Here's 4 LC-130. They're like C-130's except they have retractable skis so they can land on their wheels or on sleds. There's 10 in use and we have 5 of them on the ice. The New York Air National Guard have all 10. These planes will be flying to the pole and the deeps camps. 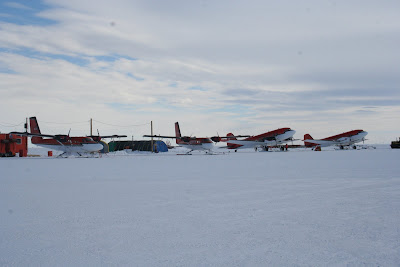 Two twin otters and two baslers. They all ski equipted as well. 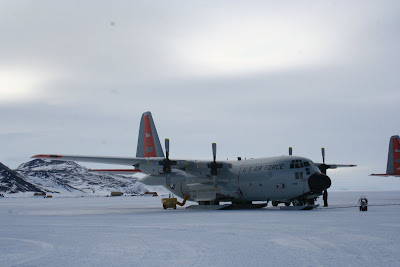 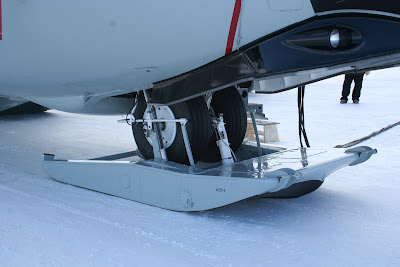 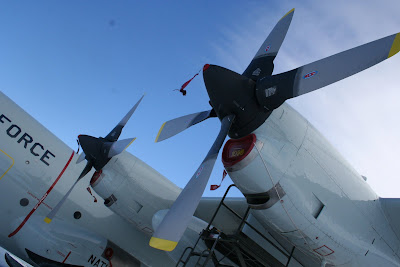 They run 4 turbo prob engines. One of these Hercs burns 1500 pounds of fuel before it even leaves the runway. Thats the take off weigh of the little Cessna 152 I was flying all summer. 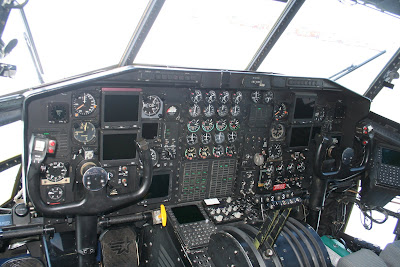 Instruments in the LC-130 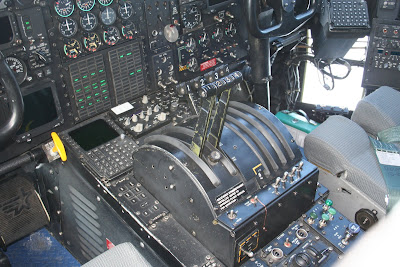 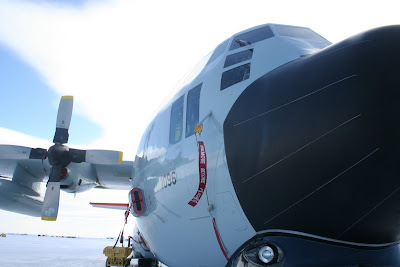 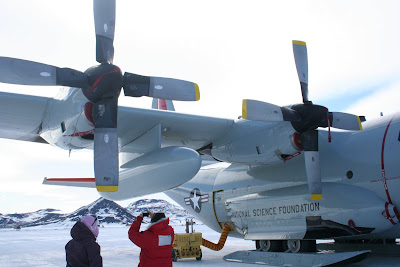 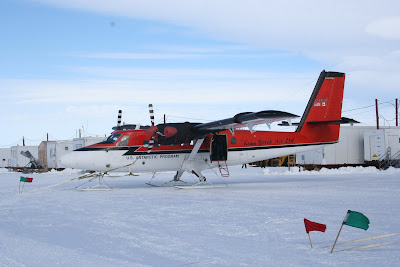 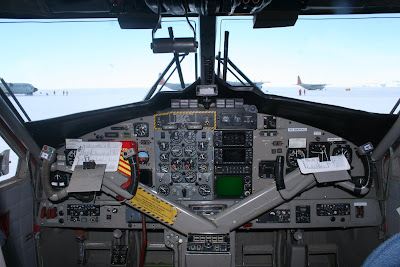 The twin otter's panel. Derek the twin otter pilot flew the other plane from the North pole, where he was flying for Ken Borek. The trip took 65 hours and days. He flew the plane from Arctic down through the United States then to Guatemala, Costa Rica, Chile then to Rothera, the British station on the other side of Antarctica. Then from there they stopped at the South Pole, picked up the first winter overs and came to McMurdo. How many pilot say they flew from pole to pole? Awesome! 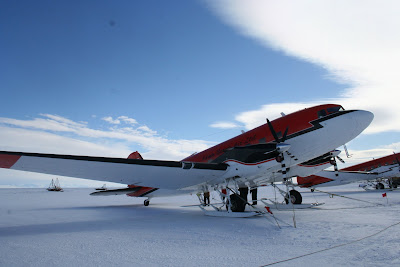 A Basler. One of these guys was in service in WWII as a DC-3. Since then Basler retrofitted it with turboprop engines and skis. They still have their jump doors that open in which airborne units jumped out of in WWII. 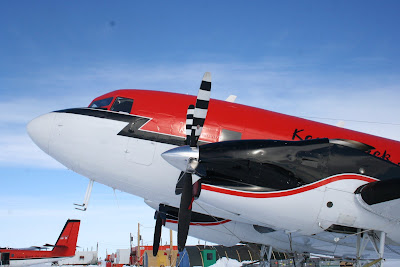 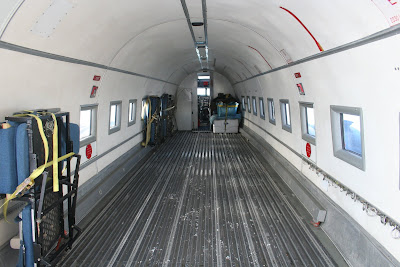 Inside the Basler. The deck is sloped which makes it a bitch for the cargo guys to load pallets in and out. 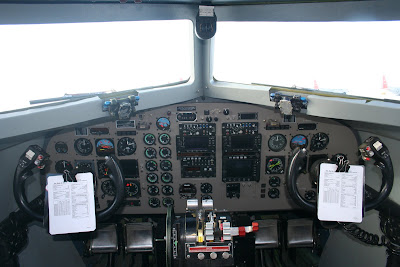 The controls of a Basler. 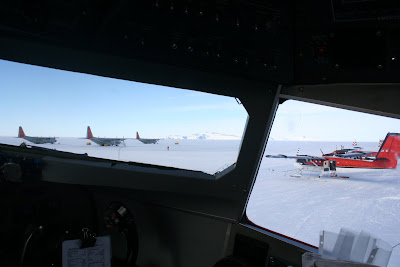 Three hercs and two twin otters from the window of a Basler. 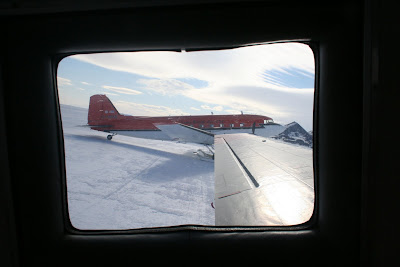 The Basler has square windows. It has an unpressurized cabin so there's no danger of stress fractures on the corners. This one, FMKB, visible through the square window was actually the one that crashed in Dec 2007 in West Antarctica around PIG camp. The undercarriage and propellers were damaged. its back up and flying again now. 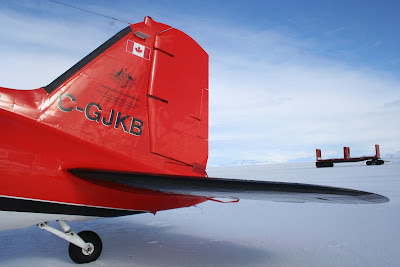 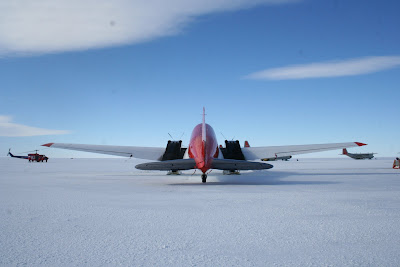