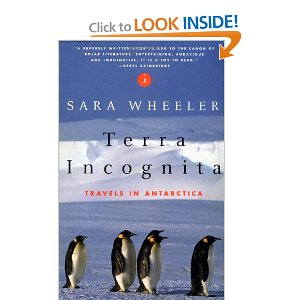 Thanks Elaine for the book.

Some good quotes from the book:

Who is the third who walks always beside you?
When I count, there are only you and I together
But when I look ahead up the white road
There is always another one walking beside you
Gliding wrapt in a brown mantle, hooded
I do not know whether a man or a woman
-But who is that on the other side of you?


Supposedly inspired by Shackleton's epic 36 hour walk on South Georgia Island in an effort to save his men stranded on Elephant Island. Later on the publishers admitted making up the story about the feeling of spirituality to sell book.


And I tell you, if you have the desire for knowledge and the power to give it physical expression, go out and explore. If you are a brave man you will do nothing, If you are fearful you may do much, for none but cowards have need to prove their bravery. Some will tell you that you are mad, and nearly all will say, "What is the use?" For we are a nation of shopkeepers, and no shopkeeper will look at research which does not promise him a financial return within a year. And so you will sledge nearly alone, but those with whom you sledge will not be shopkeepers: that is worth a good deal. If you march your Winter Journeys you will have your reward, so long as all you want is a penguin's egg.


I think I count myself fortunate that I've worked with many people who have wanted not much more than penguin's eggs. Ironically though the biologists back in England weren't much impressed with the eggs Cherry-Garrard sent back to England. But I guess wanting the egg and the value of the egg are two different things.